Share All sharing options for: Jason Demers and Justin Braun give Sharks options on the bottom pairing

When the 2011-2012 season was still in its infancy, one of the most exciting Sharks players on the roster was Jason Demers. After posting a 24 point season last year with the team, and growing by leaps and bounds defensively in the second half of the year, Demers was expected to come into camp ablaze and push for a top four role throughout San Jose's regular season campaign.

To say his season has been a disappointment thus far is an understatement.

Demers has committed some uncharacteristic mistakes in nearly every game he has played this season, posting a team low -6 in a mere seven games played. Even worse, he's been relegated to the press box for all of November where he has watched Justin Braun take his spot on the blueline and make the most of the opportunity. Braun is a +2 on the year, seen an increase in power play ice time, and has been the lone bright spot for what has been an inconsistent bottom pairing.

As Demers told CSN's Kevin Kurz last weekend he's happy to see the team doing well in his absence, valuing team wins over the frustration of being on the sidelines. He's a pure professional, and has been nothing but humble throughout the entire ordeal.

But to see a player who we pegged to have a breakout year struggle so mightily this season in nearly all facets of the game? That requires a deeper look at what the root of the issue may be. Is it that Justin Braun has been better at driving the play in the right direction? Or has it been bad luck for Demers and good luck for Braun? If only there was a way to figure this all out... 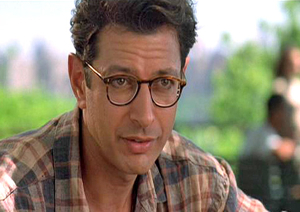 Jason Demers...Demers. Drafted in the seventh round in 2008, a diamond in the rough. Diamonds in the rough, diamonds-- wait a minute, De Beers. You know, just like the diamond company. Diamond companies utilize supply and demand along with societal norms to commodify...love. Love. Love. Hmmm. Jason Demers loves hockey, but he also loves mathematics. Mathematics! That's it! We can use mathematics to quantify their seasons to date and see if there is anything that indicates which defenseman could be the best fit! 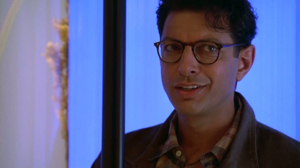 What follows is our stock breakdown of advanced statistics-- QualComp, relative CORSI, goal differential per 60 minutes of ice time, zone starts, etc. You good folks know the drill by now. Since both Braun and Demers have played less than 10 games this season our sample size is going to be an issue (specifically with QualComp), but I think it can still provide us a few insights into what both players have looked like underneath the hood.

Two further notes-- rankings are out of seven defensemen, as I left Jim Vandermeer (4 GP) out of our sample. Furthermore, we will be looking exclusively at 5v5 even strength metrics.

From left to right, here are what these numbers are saying:

Hockey is a fickle game. The boxcar numbers of +/- sometimes don't tell the full story. Understanding that shots directed towards the net drive possession, and possession drives long-term success, allows you to see things that your eyes and the boxscore will sometimes miss.

That has not been the case with Jason Demers this season. Justin Braun has outplayed him in every aspect of the game; the boxscore filled with minuses has not been deceitful. It's yet another painful reminder of the struggles Demers has gone through this year, and another positive sign for Braun in his career development.

Therefore, scratching Braun in favor of getting Demers back in the lineup would be an extremely tough decision to make. I don't think there's any question that sitting Demers out for this long can cause a lot of rust to develop in his game, adding to the pressure that has already accumulated following a poor start to the season. But with Braun playing so well it becomes difficult to justify inserting Demers into the lineup. The only thing working in Demers favor is the upcoming game against Detroit-- a four day layoff following a shutout loss to Phoenix might be his best chance to immediately see some playing time.

Is it too early to give up on Demers? Of course. He was excellent last season for the Sharks, took massive leaps in his defensive game, and has been a solid point producer on the power play and even strength. The blueline depth San Jose has at this stage of the year is something that should be considered an immense positive for the team, as it gives them a multitude of options to work with when the inevitable injuries occur. Besides missing Niemi and Havlat to start the year San Jose has been blessed with a healthy core-- it's not bad juju to state that will eventually change. It's the nature of hockey. Todd McLellan still has options when it comes to his young defensemen and how he chooses to utilize them.

But if Braun continues to play this well for another month, Doug Wilson will have options too.