Sharks Gameday: What a 9-1-1 run gets you in the Western Conference this season

posted by Mr. Plank about 10 hours ago 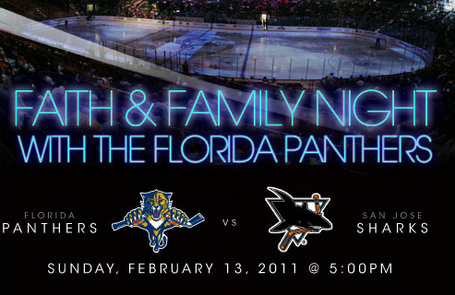 There's a separation of Church and Skate joke somewhere in there

Every once in awhile you'll see the Sharks old logo pop up. Last season I lived out of the area and relied on Center Ice to catch all the action, and although I can't remember what team it was (maybe Florida but I think it was the Islanders), their broadcast crew used the old logo in everything-- intermission scoreboard, lead-in to commercial, the whole shabang.

San Jose changed their logo in 2007. That season the entire league had a pretty massive aesthetic overhaul, implementing the new Reebok Edge jerseys. Using the old logo in your promotional advertisements just seems weird, especially when upon entering the site you see this: 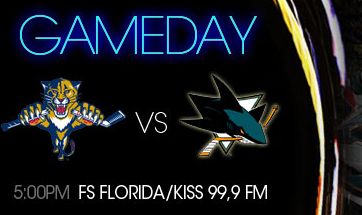 Get with the times, Florida. Just because you last made the playoffs in 2000 doesn't mean the NHL hasn't changed since then.