Pacific Profiles: A look at the Dallas Stars

Share All sharing options for: Pacific Profiles: A look at the Dallas Stars

Much like the Western Conference as a whole, the Pacific Division is still up for grabs this season. Going into today all five teams are separated by five points-- Dallas, as has been the case for nearly the entire year, leads the pack with 65 points, while Los Angeles remains at the bottom of the barrel with 60. Each team holds a top eight spot however, meaning that the playoff push has started early for all of these teams. Even though it's unlikely we see each Pacific team make the postseason this year, all four of these teams are extremely relevant to the Sharks bid for home-ice advantage.

San Jose currently has twenty nine games left on their schedule-- 10 of those come against Pacific Division opponents, including an eight game stretch to end the year. And while the remainder of February does not include any of these teams, keeping up to date on their current comings and goings is a good exercise to keep things fresh and understand just how tough of a road it is going to be for San Jose to win their fourth Pacific Division title in a row.

I plan on doing articles leading up to April that take a look at the current state of the teams. I'll highlight some players to watch, examine their upcoming schedule, break down some notable names, and wax poetic about a few guys I've always enjoyed watching play the game of hockey.

Today, we'll take a look at the Dallas NorthStars. 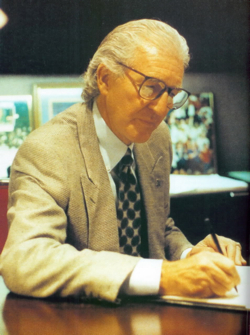 Pictured: Norm Green putting the finishing touches on a deal with the devil

Coming into the season the Stars were a team that many expected to be going through a rebuilding process--with the ownership group a mess, and the team forced to deal with a self-imposed salary cap, Dallas was going to have to rely upon their young players to have big seasons. And for the most part, those young players have.

Loui Eriksson has been lights out this year, posting eighteen goals and thirty four assists. He's been an instrumental part of the Stars offensive production, and along with a renaissance year from Brad Richards (21 G, 38 A), has been the team's most important offensive tools all season long. Eriksson has always been a guy that had the offensive tools to put massive amounts of points on the scoresheet (as 36 and 29 goal campaigns over the previous two seasons will tell you), but he's truly been one of the best players for Dallas this season. The same could be said of Richards who, along with Brenden Morrow, are far and away the team's most dangerous and consistent players.

Brenden Morrow looks to be recovered from his ACL tear from two years ago, something he still had issues with last season, and is one of those heart and soul guys you always look forward to watching because he does everything right from forechecking to fighting to the front of the net. A "hockey player's hockey player" in every sense of the word, Morrow is a player who embodies everything you look for in a team Captain. Many Sharks fans will remember him for his overtime game-winner in that marathon game six back in 2008, but few will remember just how much of a force he was that entire series-- game one saw him raise some unholy traffic in front on Dallas' first goal of the night, pot the go-ahead goal midway through the second, and then score the game-winner in overtime off a slapshot from the circles. He ended that series with five goals and countless bone-jarring hits (including one that put Milan Michalek out of commission at the end of the third in game six), cementing himself as a Sharks-killer for seasons to come. 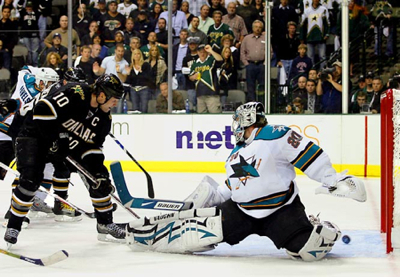 Mike Ribeiro is also a player who elicits strong emotions from Sharks fans, albeit in an entirely different way. Immensely talented in the offensive part of the ice, Ribeiro's creativity with the puck is only matched by his creativity without it. Known for his brash and eccentric celebrations (including this one against the Los Angeles Kings), Ribeiro is no stranger to controversy, and has quickly become one of the biggest villains in the Pacific Division. Coupled with the infamous Steve Ott, who is decidedly less talented as Ribeiro but makes up for it with his pugilism, it's safe to say the Stars have some sandpaper to go along with their relatively smooth sailing this season.

James Neal is another player who rounds out a pretty impressive cast in the Stars top six-- he's a notable power forward who is strong down low, boasting a good shot that has accounted for 20 goals this year. Along with Jamie Benn, who is currently on the shelf with a shoulder injury, Dallas has some good young talent that will be exciting to watch in the years to come.

As great as Dallas' top six forwards have been this season, that's where their bread is going to be buttered offensively. It's a pretty severe drop off after that. The Stars acquired Jamie Langenbrunner from New Jersey about a month ago in order to improve their secondary scoring, but his triumphant return down south hasn't produced the dividends the organization was expecting when they acquired him. I do like Adam Burish a lot-- he's a very good defensive forward who plays some of the toughest minutes on the team, kills penalties by the dozens, sees a ridiculous amount of defensive zone starts, gets you some scoring punch, and comes out on top. The kind of player any contending team likes to have in their corner. 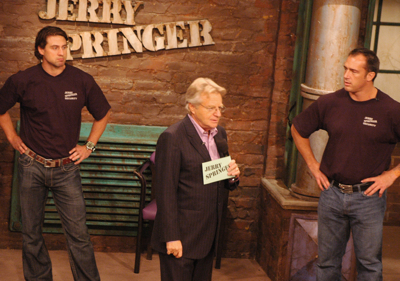 Not to mention a few talk show hosts

However, Dallas will really struggle down the stretch with their lack of scoring depth if injuries hit the top six. They've been extremely fortunate in that regard this season, and while the inclusion of Langenbrunner does help here, it won't be enough to overcome that demon which can strike a team at any time.

Defensively the group has been above what I expected them coming into the year, but I'm still not sold on them. If the Stars have a weak point it's the blueline, and without a sufficient amount of payroll available due to ownership issues, it's unlikely we see them make an upgrade this season. That bodes well for the rest of the division.

I adore Stephane Robidas-- one of the most underrated players in the division, a guy who gives you big minutes at evens and both special teams units, all the while facing top competition. Truly a treat to watch. He's been a fixture on the Dallas blueline for years now, and will be a huge part of their upcoming push towards the playoffs. 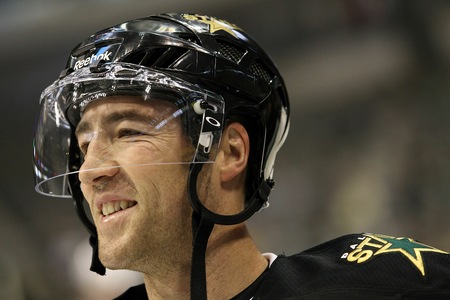 Trevor Daley and Niklas Grossman are another group of guys who elicit some wishful thinking. Daley is a good puck mover who can skate well, and owns some offensive ability that makes him dangerous on the power play. The Stars committed to him for six years in December, meaning they see him as a big part of their current and future core. Grossman is another player who inked a contract that extends beyond this season, signing a two year extension for peanuts at $1.65MM until the summer of 2012. I've always had a soft spot for young and rugged defensive defenseman (which is kind of an awkward admission when you read it again), and Grossman fits that description to a tee-- he's basically a Stephane Robidas without the offensive talents, but plays some of the hardest minutes on the team while contributing heavily on the penalty kill. Those three players round out a pretty solid top three-- you have Robidas the magnificent who does everything you want and more, Daley the puck moving offensive defenseman, and Grossman the shutdown top liner. It's a pretty solid group of guys.

After that though is where you run into trouble. Matt Niskanen is a player whose mediocre defensive pedigree makes it essential he's putting up points offensively, and he has really struggled in that regard this season (0 G, 6 A). He's a guy that requires constant sheltering from the top six, and in the postseason, that's a tough task to come by. Jeff Woywitka has been a nice story for Dallas this season, and by all accounts has been better than anyone expected, but I've never seen him as a go-to guy on a serious contender. He'll plug in some low pairing defensive minutes, but his performance this season doesn't seem to be as rosy as it might appear. Look for him to take a step back if Marc Crawford asks more out of him. Karlis Skrastins and Marc Fistric round out the lineup-- Skrastins plays a lot on the PK, while Fistric doesn't jump out at me as being anything but a young defenseman who needs a few more years before he can truly become serviceable. 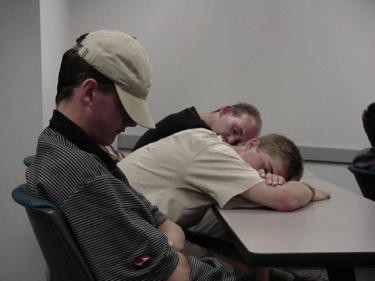 In goal, I actually like what they're working with. Kari Lehtonen has always struggled with injuries but is a formidable talent when he's healthy-- his even strength save percentage this season speaks volumes, and his play in the beginning of the season showcased just what he is capable of. Lehtonen may fly under the radar (and a lot of that is due to his injury history), but make no mistake about it, he's a top-flight goaltender who can steal some playoff games. Andrew Raycroft has come in and had a solid season as well, which is nice to see from a guy who has bounced around the league with limited success over the past five years.

The Stars have really struggled as of late, losing five out of their last six games and doing so in just about every conceivable fashion possible. They got stomped by Vancouver (twice), Boston, and Calgary, only managing to pick up two points against the lowly Oilers. Many have seen this and proclaimed that the Stars will come crashing back down to earth, but after looking at the roster, it's hard to say that a healthy Stars team isn't a contender in the Pacific.

They have a nice blend of top-six forwards, some pretty good pieces at the top of the blueline, and a goaltender who has struggled as of late but is well-equipped to turn it around this month. I don't think they're as good as their record this season has indicated, but that doesn't mean they are without merit. Flash back three weeks ago when San Jose was spinning around like a turd in the toilet bowl during a six game losing streak, and you would have had a hard time finding anyone who thought they could compete for the division. It's the same thing Dallas has going for them right now-- they'll be back winning games soon. And I think that starts tonight against Phoenix.

Dallas' strength lies with their top six forwards, their top three defenseman, and their starting goaltender. Their weakness is their depth, and that will be the biggest reason why they fall out of first place by the end of February and end up with the sixth seed in the Western Conference.