Are great netminders during games great during shootouts, too?

In which I try to find some correlation between performance in the real game of hockey and in the silly skills competition that sometimes decides the fate of hockey games.

Share All sharing options for: Are great netminders during games great during shootouts, too?

Given the Sharks recent penchant for the shootout (and Antti Niemi's excellence in both games) I started to wonder if there is any correlation between a great in-game goalie and his performance in the dreaded skills competition.

First, here is a look at some of the top active goalies in the shootout. I set the bar at a minimum of 50 shots against, which I realize is still way too small a sample to swear by any of these numbers. Raising the bar to 100 would have decreased the sample of goalies a bit too low for my liking, so we'll just have to know these are all with a grain of salt.

Right off the bat you get a sense of where my findings are going because the venerable Marc-Andre Fleury is number two on the list of active netminders. I was a bit surprised to see Varlamov up at the top, but it's fair to note he has faced less than half as many shots as Fleury and just more than half of the shots Niemi has faced.

Perhaps more surprising is that Roberto Luongo didn't make the cut. It seems every time the Canucks enter a shootout, Lu is hailed as one of the better goalies in this situation. Yet Strombone has a career shootout save percentage of just .667 on 240 shot attempts. That's a pretty good sample size and not a great save percentage.

I was similarly surprised to see Niemi so high on this list. I figured he was good, but saving over 75 percent of shootout attempts is phenomenal (and probably not going to last for the duration of his career). The Sharks have gone 23-15 in the shootout since Niemi became a Shark, and while I maintain that it's something of a coin flip, having a great netminder doesn't hurt anything. That's a 61 percent! And we HATE the shootout! Just think how much better that record would have been had the Sharks had shootout wizard Michael Handzus for all of those years. 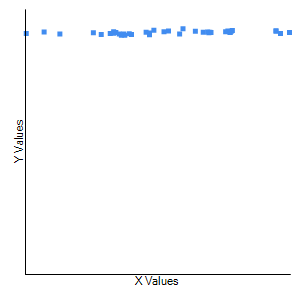 Well that's not very conclusive, is it? The correlation of coefficient is at 0.45 according to the calculator (what, you thought I was going to do all this MATH myself!?) That is a very, very slight positive correlation which suggests that maybe better goalies are better in the shootout, but not nearly enough to say anything conclusive.