We look at the game ahead and discuss just how weird twins are. Really weird.

Tonight marks the final meeting of the regular season between the Sharks and Canucks as the NHL schedule makers decided to get these divisional games out of the way nice and early so the teams could stew in their hatred for one another until the playoffs. Now that the Canucks finally found the win column against the Sharks, San Jose can start building a new win streak on the road tonight.

Vancouver has played well since starting the season slowly and they were by far the better team the last time these squads met. Despite vastly outplaying the Calgary Flames on Tuesday the Sharks had to take the game to overtime to earn two points for the first time in what felt like forever. The road trip won't get any easier from here as San Jose will travel to Edmonton for a tilt against the Oilers tomorrow night and then wrap it up with a game in Chicago on Sunday.

I assume that Brad Stuart will get another start since he scored the game winning goal on Tuesday, which is awesome because there is ALWAYS room for another pylon on defense for the Sharks. To be fair, if Brad Stuart wasn't just standing around in the Flame's crease, maybe the Sharks only get one point on Tuesday. Unconvincing Stuart-bashing aside, the Sharks played really well on Tuesday and if they carry that over into this game [and score on more of their chances] they have a good shot at winning, just like every night.

What's great about this team is that they have a shot to win every game they play in, and it's not just in the hope that they'll get lucky. They're talented enough that I expect this team to perform well night in and night out; that's probably what made the losing streak so irritating.

The Sedin - Sedin - Kesler remains one of the scariest lines in the NHL, but depth has been an issue for the Canucks. Slowing that line down (it can't be stopped) will be a big key to the Sharks winning this game. Joe Thornton continuing his five-game point streak also wouldn't hurt matters. But seriously look at these monsters.

God that is disgusting. They're like aliens or robots or something. Totally weird. Maybe they're not the weirdest twins ever but they are definitely on my shortlist. So are these goofballs. 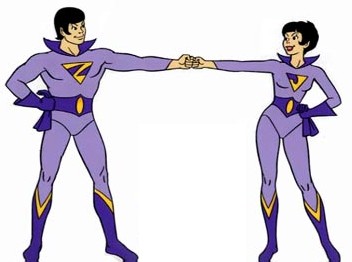 You are truly awful superheroes. 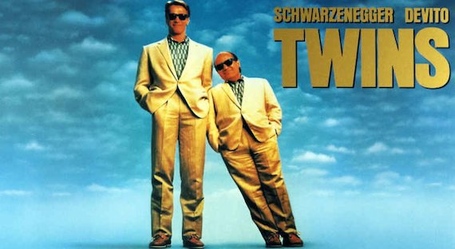 "So we'll get Schwarzenegger and DeVito and they'll dress the same and..." "YES. PERFECT." 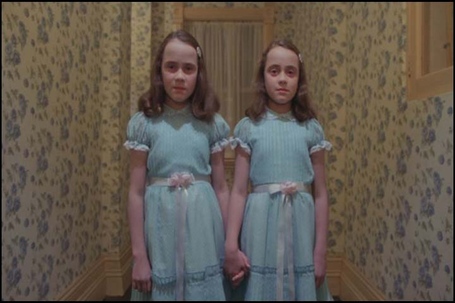