Sharks vs. Kings, Game 3: By the Numbers

A look at the numbers behind the Sharks' 2-1 overtime win over Los Angeles in Game 3 of the Western Conference Semifinals.

Share All sharing options for: Sharks vs. Kings, Game 3: By the Numbers 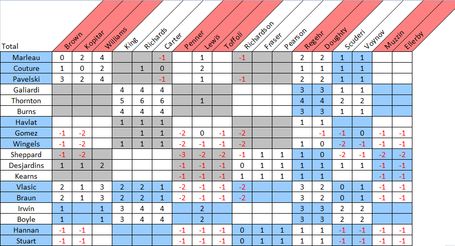