We continue our look back at the performance of each player who ended the season with the team after skating in a significant number of Sharks games over the course of the year with a review of T.J. Galiardi's 2013 season. 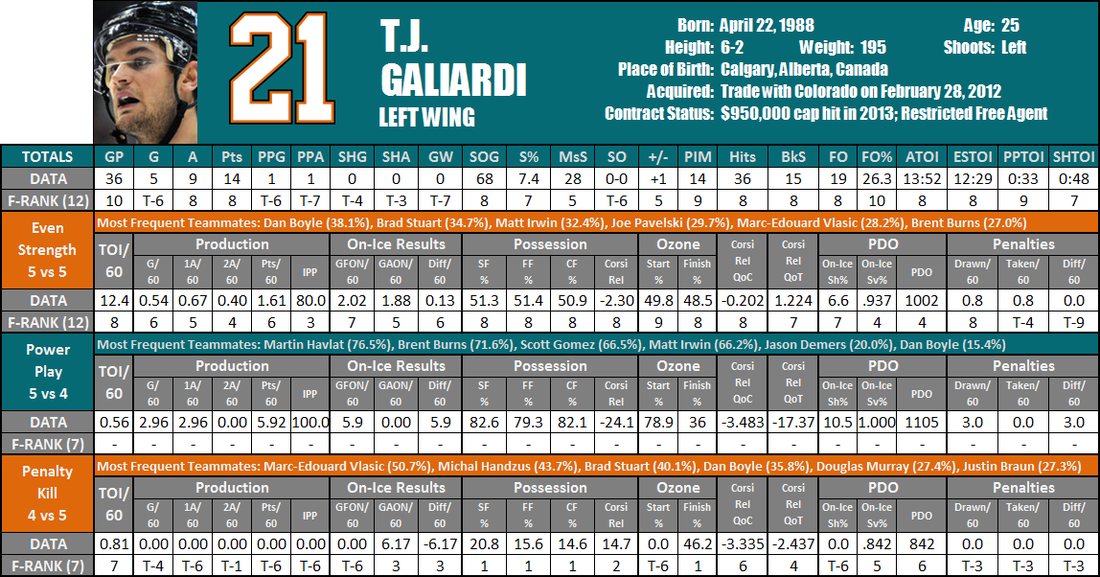 Galiardi with and without his most frequent linemates: 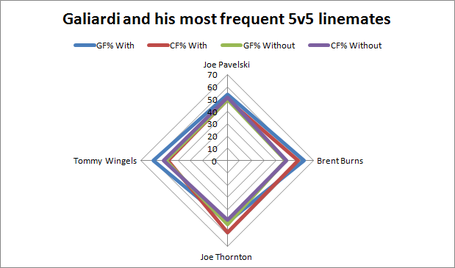 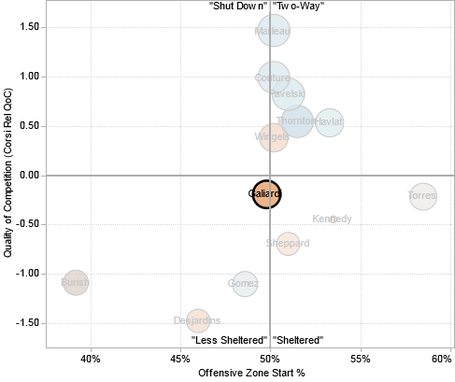 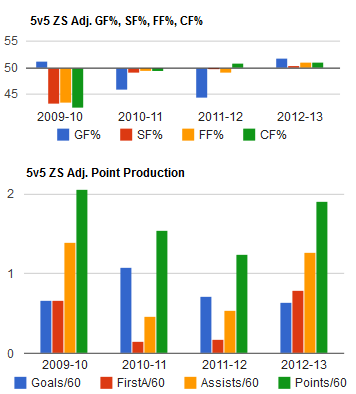 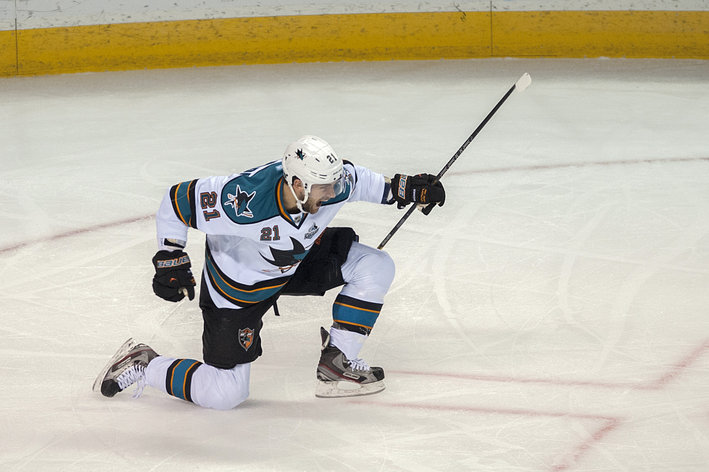 The Good: Given the controversial trade that brought him here, the standard against which T.J. Galiardi will forever be judged by some Sharks fans is Jamie McGinn. The results on that front were somewhat mixed this season, which itself is an improvement on how things appeared last summer after Galiardi struggled to draw into the San Jose lineup following the trade deadline while McGinn, riding an inflated shooting percentage and the chance to play with a center not named Michal Handzus, tore it up for the Avalanche. While his scoring numbers may not entirely reflect it, McGinn showed some real growth offensively in Colorado this year by averaging nearly three shots on goal per game. The hockey gods didn't smile on him to nearly the same extent that they did late in 2011-12 so he ended up with just 11 goals on the year and was once a healthy scratch, albeit in a decision made by the now justifiably unemployed Joe Sacco.

But in many respects, Galiardi was just as good if not better in the truncated 2013 season than the man he was traded for. Looking purely at even-strength production, which seems sensible since McGinn would stand just as poor a chance as Galiardi of seeing significant time on the San Jose power play, Galiardi scored more even-strength points per 60 minutes than McGinn and also managed marginally better puck possession numbers. Furthermore, when given a chance to thrive alongside Joe Thornton and Brent Burns, Galiardi's speed and effectiveness on the forecheck proved to be a pretty perfect complement to the two hulking forwards. Including playoff action, Galiardi registered 42 shots on goal in 19 games on Thornton's wing, a fairly impressive performance even if shooting percentage woes limited his output over that span to just three goals. Galiardi was also an underrated but extremely effective penalty killer in mop-up duty and probably deserves a longer look in that game state next season.

The Bad: Somewhat due to the Sharks' forward depth (or lack thereof), the start of Galiardi's 2013 season was largely a continuation of the rather dismal end to his 2011-12. Galiardi struggled to produce any semblance of offense despite being deployed in protected minutes. As a result, he couldn't earn the coaching staff's trust and found himself in the press box more frequently than on the ice early in the year. That obviously changed but as snugly as Galiardi fit on a line with Thornton and Burns, it's probably safe to say his place there is still on something of a trial basis. He still needs to improve at using his considerable skating ability to provide puck support for his linemates in transition and a return to the days when he was a legitimate penalty-drawing agitator would be nice as well. While he answered many of the questions facing him coming into this season ("does he even belong on the Sharks?" being the most consequential), there's still some uncertainty as to Galiardi's long-term role.

The Future: A restricted free agent on July 5, Galiardi will cost the Sharks $997,500 to qualify and likely a bit more to sign. While the aforementioned uncertainty with this player might justify another one-year deal, I wouldn't be surprised to see Galiardi inked for a couple of seasons in order to guard against the Sharks having to grant him a substantial payday next summer should he pile up the points playing regularly with Thornton and Burns. And there's no question that's the roster spot he should occupy on opening night (assuming Burns does remain up front) but it's entirely possible he plays his way out of it. Twenty or so games of solid play in a shortened season isn't a guarantee to translate to longer-term success.

The Vote: Based on your expectations for him, view of his potential, the situations in which he was used and how he compared to players utilized in similar roles across the league, grade T.J. Galiardi's season below on a typical grading curve of A+ to F.