The Sharks are teasing what appears to be a new jersey for their upcoming season.

Share All sharing options for: New Sweaters in Store for Sharks 2013-14 Season?

UPDATE: The Sharks have posted a third video and will announce their new jerseys tomorrow. Picture and video have now been included in this post.

The Sharks posted a video on their Instagram account last night with the tag #TheNextWave. The video was only a few seconds long and included a quick screen shot of what I assume will be the Sharks new sweaters for the 2013-14 season. First, here are the links to the two videos they have posted so far.

If that quick blip was too quick for your eyes to process (I know it was for mine) don't fret -- we have the screen grabs for you below. 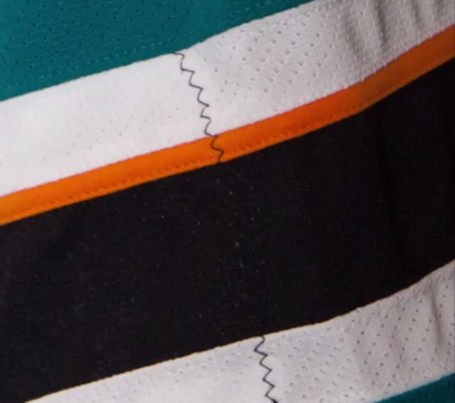 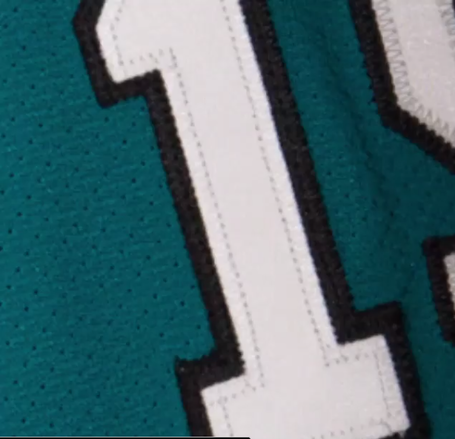 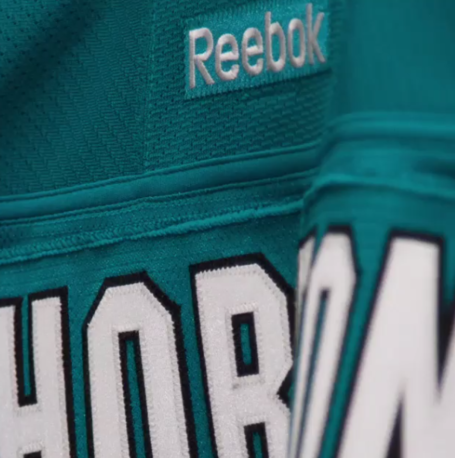 For the sake of comparison, here are two pictures of the spots on the Sharks' jerseys where these photos were taken.

Comparison for screen grab one: 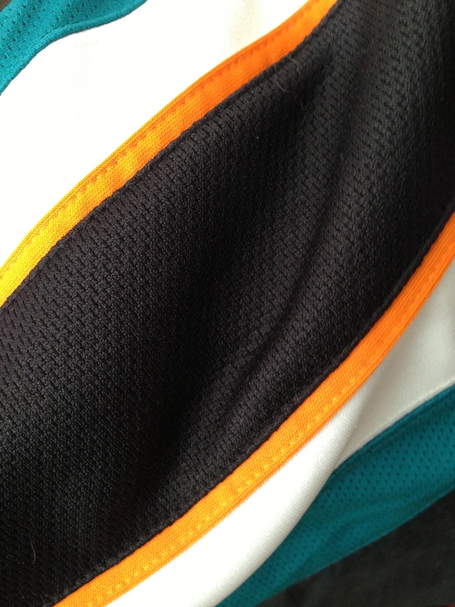 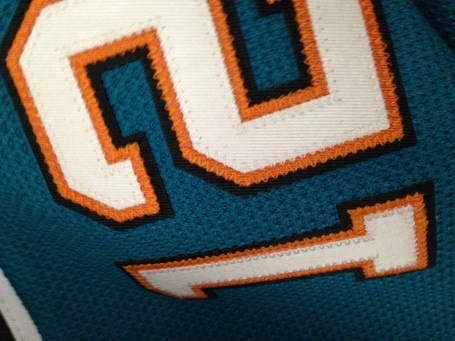 As you probably noticed as soon as I posted the first screen grab, the new number appears to be totally devoid of orange. 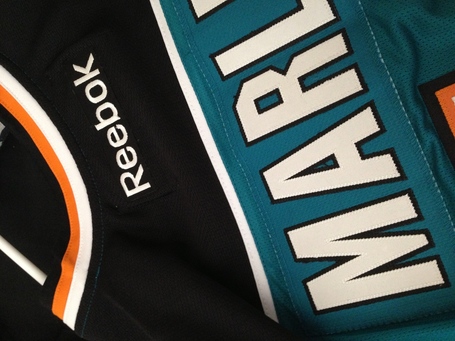 Update: Looks like the Sharks are moving away from the black shoulder yolk as well.

So are the Sharks moving away from orange? We saw something similar happen this year in the NBA with the Phoenix Suns, who turned what was once their trademark purple into an alternate color at best.

I'll post more screenshots as they become available -- but what do you think of the new sweaters so far?