Winter Olympics 2014: Ranking all twelve nations prior to the men's tournament

With the men's Olympic hockey tournament beginning tomorrow, we break down the schedule, lineup, strengths and weaknesses of all twelve teams along with preliminary power rankings.

Share All sharing options for: Winter Olympics 2014: Ranking all twelve nations prior to the men's tournament 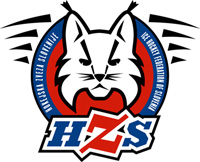 Strengths: Anze Kopitar is a better center than anyone on the roster of legitimate medal contenders like the United States, Sweden and Finland. When he's at the top of his game, he can dominate in all three zones and, at least while he's on the ice, Slovenia could have a fighting chance against Russia and the U.S. in group play.

Weaknesses: Everything else. The depth players on Slovenia by and large don't play for NHL, KHL or top-tier Swedish clubs; they're second- and third-tier European league participants who are going to have their hands full against most every opponent at the tournament.

Strengths: Mats Zuccarello is a terrific player currently in the midst of a breakout season for the New York Rangers. Patrick Thoresen is an ex-NHLer who's managed to carve out a successful second career in the KHL and there are some other familiar names like Ole-Kristian Tollefsen scattered throughout this lineup who have experience going up against talented opponents. Lars Haugen is also a starter for the KHL's Dinamo Riga.

Weaknesses: Ultimately, though, this isn't a particularly talented collection of players and as such they'll be in over their heads (literally, in Zuccarello's case) against Canada and Finland. That matchup with Austria on Sunday looks to be a big one that will determine third place in Group B.

Strengths: Zemgus! Buffalo Sabres rookie forward Zemgus Girgensons has been a personal favorite of mine for some time and he'll be key to whatever the Austrians manage to accomplish in Sochi. His head coach in Buffalo, Ted Nolan, will be behind the bench for the Latvians which is a distinct advantage when it comes to gameplanning for opponents that feature a bevy of NHL talent. Former Shark Sandis Ozolinsh is also not only still alive but playing professional hockey and will get the chance to represent his country here.

Weaknesses: Gudlevskis has some AHL experience but it's difficult to count goaltending as anything other than a weakness for Latvia. There also isn't really much in the way of depth either up front or on the blueline, where the Latvians have a sizable drop-off from an already-mediocre top pairing to their second. 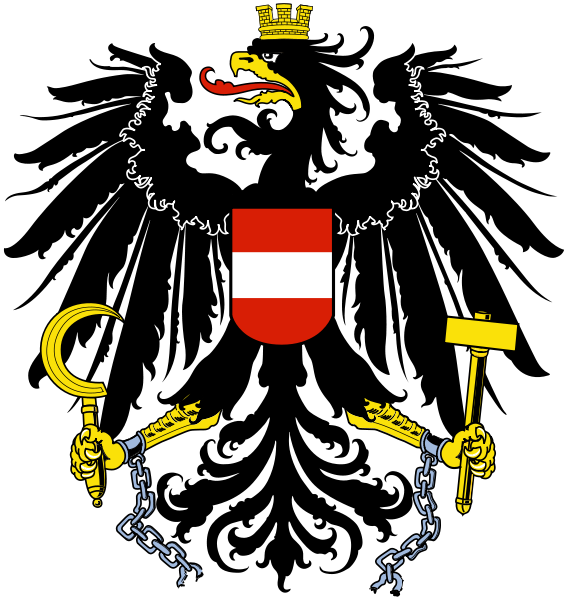 Strengths: Thomas Vanek is an explosive goal-scorer with a track record of carrying mediocre linemates to offensive success at even-strength. Michael Grabner might be the single fastest professional hockey player on the planet. Michael Raffl and Andreas Nodl have both been useful, two-way depth wingers for the Philadelphia Flyers with Raffl currently playing that role. Starting goalie Bernhard Starkbaum posted a .933 SV% in 46 games last season playing in Sweden's top men's league and currently sports a .931 through fifteen games this year.

Weaknesses: The blueline is a mess, with Thomas Pock the only player on it with significant NHL experience. With the exception of Slovenia, Austria's defense corps might be the weakest at the tournament and that will surely be exploited by the talented forwards on Canada and Finland, both of whom Austria has to face in group play. Beyond Vanek and Grabner, there also isn't a whole lot of offensive firepower up front for the Austrians. 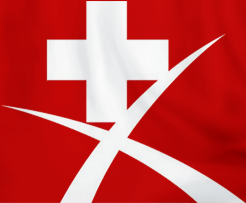 Strengths: Jonas Hiller, Jonas Hiller, Jonas Hiller. Sharks fans have witnessed firsthand how Hiller is capable of stealing games for inferior opponents and he's in the midst of something of a renaissance season in Anaheim. A top-four on defense of Mark Streit, Roman Josi, Raphael Diaz and Yannick Weber isn't going to blow anyone away but considering the blueliners some of the teams ranked below Switzerland here have at their disposal, the ability to ice four NHL defenders is a luxury. With the exception of Weber, those are all very good defensemen to boot.

Weaknesses: Beyond Damien Brunner and Nino Niederreiter, neither of whom is much more than a second-liner at the NHL level, there isn't much to right home about in the Swiss forward corps. In addition to having a name I can't wait to hear Doc Emrick pronounce, Luca Cunti has had some success in the Swiss league but this team will be hard-pressed to score goals when their top line is off the ice. 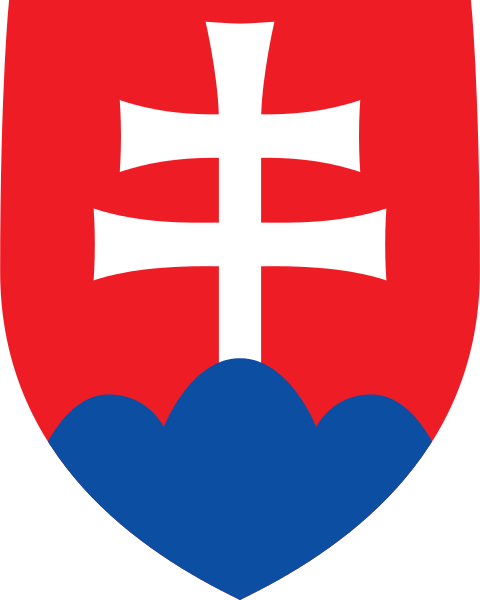 Strengths: Zdeno Chara is arguably the best defenseman in the world, so they have that going for them. Marian Hossa is also one of the planet's best wingers which gives Slovakia the kind of high-end talent among skaters that even medal contenders like Finland and the United States lack. There are some decent depth pieces here too like Tomas Tatar, who's been a godsend for the Red Wings this season and Andrej Sekera, who logs top-pairing minutes for Carolina. Jaroslav Halak has a history of coming up big in tournaments like this.

Weaknesses: When Michal Handzus is your first-line center, you probably have some depth issues down the middle and that's certainly the case for the Slovaks due in part to the tragic passing of Pavol Demitra in the 2011 KHL plane crash. Slovakia will also be without two of their best players in Marian Gaborik and Lubomir Visnovsky due to injury. 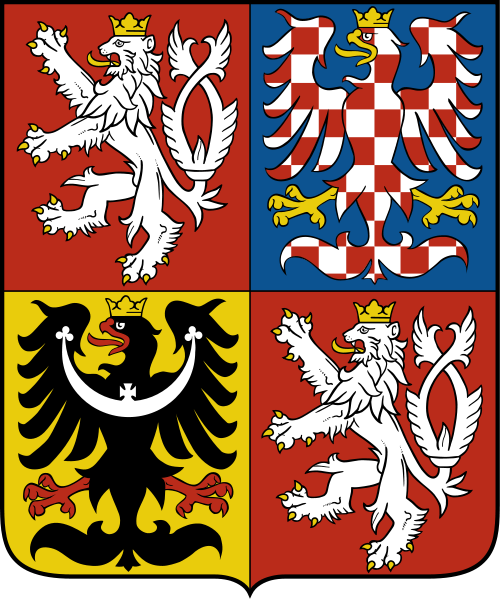 Strengths: They aren't at the level of Canada or the United States but the Czechs have a ton of forward depth to work with, boasting four solid lines that won't look out of place matching up against anyone at this tournament. Elder statesmen Patrik Elias and Jaromir Jagr are still impact players while speedy wingers like Voracek, Erat, Frolik and Michalek will be difficult to handle on the big ice surface. The Czechs are also bringing a strong-ish blueline, with a top six comprised by five NHL players and an ex-NHLer in Tomas Kaberle. Kaberle, Zidlicky and Rozsival will be tasked with moving the play forward, something they're all capable of, while Radko Gudas, Ladislav Smid and especially Zbynek Michalek combine to provide this defense corps with a solid defensive conscience.

Weaknesses: Ondrej Pavelec is awful, although the Czech brass seems to recognize this as the Winnipeg Jets goalie won't even be the backup for tomorrow's matchup against Sweden; he'll be in the press box with KHL standout Jakub Kovar in net and Alexander Salak on the bench. Still, the Czech goaltending situation might be the weakest of any country with a realistic shot at a medal. Leaving the likes of Radim Vrbata and Jiri Hudler at home in what appear to be political decisions could come back to bite the Czechs, along with some of their snubs on defense like Jan Hejda and Roman Polak.

Strengths: Goaltending can cover up a lot of warts, especially in a single-elimination tournament, and no country has better goaltending in terms of either quality or quantity than Finland. Tuukka Rask might be the best goalie in the world and while Niemi and Lehtonen have both had their struggles this season, each has a track record suggesting he can capably fill in should Rask struggle or sustain an injury.

Weaknesses: Injuries to Mikko Koivu and Valtteri Filppula are crushing blows to what was already a fairly-pedestrian Finnish forward corps relative to the other medal contenders. Ageless wonder Teemu Selanne is four years older than his two fellow first-liners combined; as talented as Sasha Barkov and Mikael Granlund are, throwing these two kids to the wolves isn't likely to yield great results against a team like Canada. Youth will be relied upon on defense as well, with teenager Olli Maatta and 22-year-old Sami Vatanen key cogs on the Finnish blueline as the aging Timonen and Salo simply aren't the players they were four years ago. 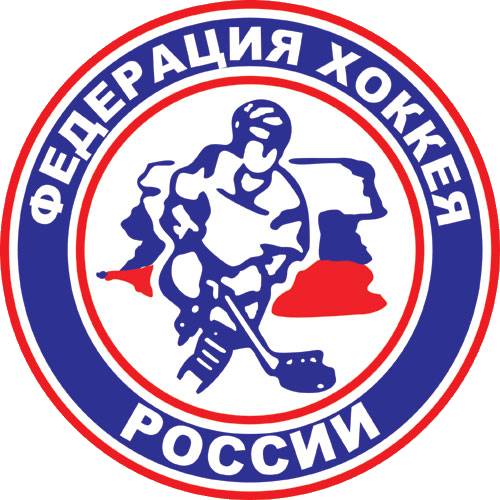 Strengths: There isn't a more terrifying forward line at this tournament than Russia's top combination of Ovechkin, Malkin and Semin. And as if that wasn't scary enough, their second line features Pavel Datsyuk and Ilya Kovalchuk. Sidney Crosby is the single best forward at this tournament but Russia's overall top six can't be matched. Goaltending could have been perceived as a weakness as recently as one year ago but Sergei Bobrovsky's Vezina Trophy campaign in 2013 followed by the Vezina-caliber season Varlamov is currently having for the Colorado Avalanche has transformed goaltending into a decided strength for the Russians.

Weaknesses: The drop-off from Russia's top six to their bottom six is steep, as you'd probably expect given the immense talent level of their best forwards. But still, Russia's depth up front can't quite compete with that of Sweden, Canada or the United States, as much as I like Tarasenko and Anisimov. There's a similar drop-off on defense following a formidable top pairing of Markov and Voynov.

Strengths: Only Canada has a deeper forward corps than the U.S., even without the services of perennial 30-goal scorer and noted poor speller Bobby Ryan. While the American's high-end offensive talent outside of Patrick Kane and Phil Kessel can't quite compare to Canada or Russia, there are four lines stocked with skilled players here, all of whom should be able to punish opposing teams at both ends of the ice. The U.S. is also deeper in goal than any other team at the tournament save Finland.

Weaknesses: By Olympic standards, and especially relative to the medal contenders, Team USA's blueline just isn't very good. Brooks Orpik should be nowhere near Sochi, Cam Fowler isn't having as good a NHL season as his point total might suggest and even Ryan Suter's defensive game seems to have been adversely impacted a bit by the ridiculous amount of minutes he logs on a nightly basis for Minnesota. Carlson, McDonagh and Martin are all capable defenders but this blueline lacks an elite puck-mover, which could be a particularly glaring fault on the bigger ice surface where puck possession is at a premium. Leaving Keith Yandle at home could prove to be a huge mistake.

Strengths: I still can't figure out why Victor Hedman was left off the roster but, even without him, Sweden's blueline is as good as anyone's save Canada. Erik Karlsson and Oliver Ekman-Larsson are a fearsome top pairing backed up by both the Red Wings' and Blackhawks' tough-minute tandems. If Finland's Rask isn't the best goalie in the world, then Sweden's Lundqvist is and he'll be legally allowed to return to his old familiar pads again for this tournament. Much like Team USA, Team Sweden is stocked with two-way forwards up front from Zetterberg to Steen to Landeskog to Eriksson to Kruger.

Weaknesses: An injury to Henrik Sedin is a substantial blow to a roster that's surprisingly a bit lacking in terms of full-on offensive firepower. Steen is having a banner year for the Blues and the likes of Zetterberg and Backstrom are legit stars but there are fair questions to be raised about how much offense this group can generate against some of the better defensive teams at the tournament. 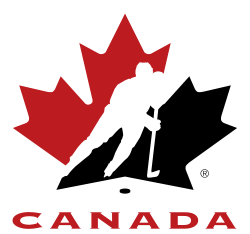 Strengths: Canada's strengths are perhaps best underscored by the caliber of talent left off this team: Claude Giroux, Joe Thornton, James Neal, Kris Letang and Brent Seabrook will all watch the Games from home as Canada ices four lines of All-Stars and a blueline deeper and more talented than any other country at the tournament. There are so many ways to assemble the talent on this roster that it's difficult to believe Mike Babcock and his coaching staff won't discover a winning combination by the medal round.

Weaknesses: It's a single-elimination tournament, meaning even a team as loaded as Canada can easily be done in by a bad bounce or fluke goal. The narrative is that goaltending is Canada's weakness but I don't buy it. Roberto Luongo is probably the best NHL goaltender of the past decade and Carey Price is almost singlehandedly keeping the Montreal Canadiens in the playoff race; they'll be fine with either of those two in net.