We miss Tomas Hertl a lot at Fear the Fin. Let's say nice things about him.

According to a report by the venerable Kevin Kurz, Tomas Hertl has joined the Sharks in Philadelphia and may begin skating soon. The quote of importance:

Injured Sharks forward Tomas Hertl is with the team in Philadelphia and may start skating this week, according to general manager Doug Wilson.

While there is no timetable on the rookie's return, it's great to hear he will be returning to the ice soon, particularly given that the last time we heard from Hertl, he was doing aerobics with old people.

I have already prepared myself for the possibility that Hertl won't return at any point this season and this news does not do much to assuage my fear. So instead of wailing and gnashing my teeth over Hertl's (potentially) lost season, here's a collection of things Hertl has done to make us smile over the past four months.

That time he scored four goals in one night.

Let's watch that last one again.

And then made us cry about it.

He talked about it after and it was great.

We really liked what Joe Thornton had to say about the four goal game.

Some photos are worth a thousand words, but others need just three. 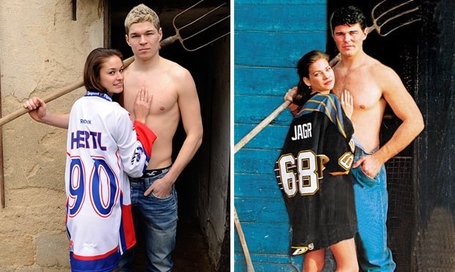 His nickname in the Sharks dressing room is Hammer.

He smiles so much that it shows up in his tweets.

And we'll end with Hertl swimming with old people, because it's fucking amazing and I don't trust that you all clicked on the link at the beginning of this post. 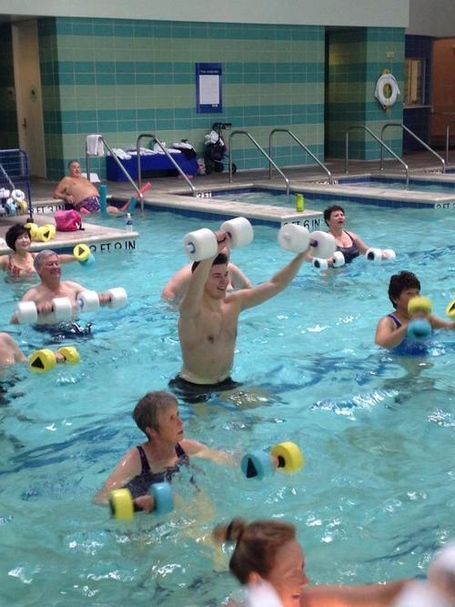 We miss you Tom. Come back soon!