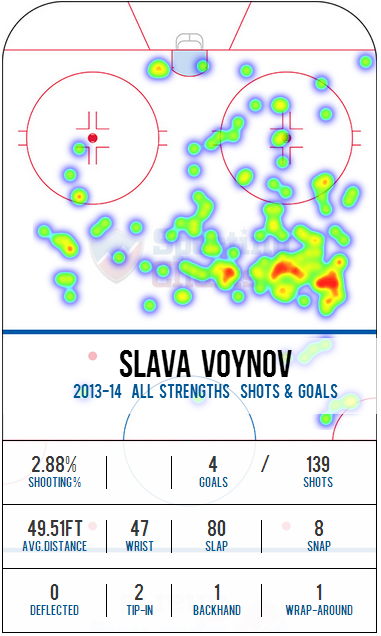 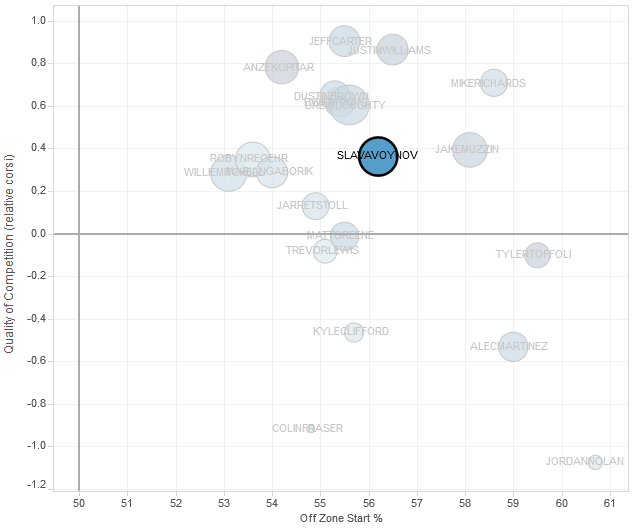 Why you should know who he is: The best move Dean Lombardi has made as general manager of the Los Angeles Kings came when he shipped defenseman Jack Johnson and a first-round pick to Columbus at the 2012 trade deadline in exchange for Jeff Carter. The obvious angles on that trade have been well-covered; Johnson isn't good while Carter is and, as a result, the Kings were dominant en route to a Cup victory. One somewhat overlooked side effect of the trade, however, was the fact that Johnson's departure secured then-22-year-old Russian defenseman Slava Voynov a spot on the Kings' blueline. Even as a rookie, Voynov was flat-out better than Johnson and he's developed into the valuable secondary two-way puck-mover behind Drew Doughty that Johnson, despite all the hype, never really was. Voynov is a slick passer and has a knack for finding open space in the offensive zone; he led all defensemen in playoff scoring last year with 6 goals (including two against the Sharks) and finished 3rd behind Kris Letang and Zdeno Chara with 13 points. Voynov wasn't really able to translate that into dominant offensive numbers this regular season but still compiled a respectable 34 points while logging minutes in all situations for Darryl Sutter. He's a critical piece of the Kings' second power play and penalty kill units.

How the Sharks can stop him: Voynov isn't the biggest defenseman and seemed positively intimidated when matched up against Joe Thornton and Brent Burns during last year's series. That's a matchup the Sharks absolutely have to pursue on home ice; according to an excellent post by Robert P. on Jewels From The Crown, San Jose has recorded 23 more shot attempts than Los Angeles when Thornton has been on the ice against Voynov at even-strength over his career. L.A.'s second pairing of Voynov and Robyn Regehr is vulnerable and Todd McLellan needs to target it, along with the Mike Richards forward unit (which is convenient since they're usually on the ice together), with the Thornton line. That matchup was particularly favorable for the Sharks last postseason, like on this goal where Voynov was pressured into a turnover by Jumbo Joe and allowed a perfect pass from Thornton to Burns to squeak through his legs:

That brand of #SutterFace is one I'd love to see more often over the next two weeks. When the Kings have the puck in the offensive zone with Voynov on the ice, the Sharks' wingers need to be very aware. He loves to sneak in on the back door and also has a rocket of a shot from the point.