For the past two days, Sharks fans have destroyed my inbox with photos supporting Joe Thornton. This is what has arisen from the wreckage.

Share All sharing options for: Fans for Joe Collage

Lately, we have been inundated with rumors that the Sharks captain and future Hall of Famer may be on the way out, as a casualty of losing a 7 game series to the team that's probably going to win the Stanley Cup. However, as Joe Thornton's new contract extension came armed with a no move clause, he has the choice on whether or not he actually goes. As was reporter earlier this week, Thornton would only waive his NMC if the fans no longer wanted him.

Well, we wouldn't let that happen. We asked Sharks fans to send us (me, specifically) to send photos of themselves with the number 19 for a collage. And here is the result of that collaboration: 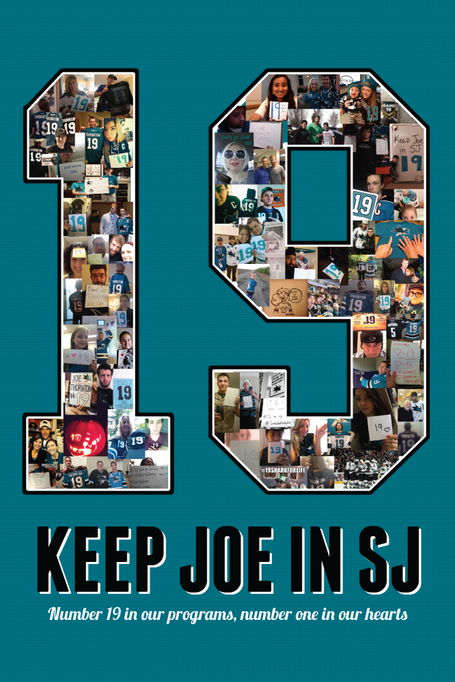