He wasn't good enough for Team USA's management, but he's definitely good enough to scare the Sharks in the Stanley Cup Final.

Much like Joe Thornton and Patrick Marleau, Phil Kessel has received a disproportionate amount of criticism in his career. From fabricated anecdotes about hot dogs to getting named the league's most overrated player and even being left off of Team USA for this fall's World Cup of Hockey, the media perception of Kessel doesn't match the reality of his ability as one of the NHL's best goal-scorers.

Since 2007-8, Kessel is fourth in the league in goals. For the second straight season, Kessel shot below his career average shooting percentage, but still managed to score 26 goals. In the postseason, he's been even better, scoring 9 goals and 18 points as part of Pittsburgh's hotter-than-hell "HBK" line. He's also a fairly strong possession player, posting a better score-adjusted Corsi for than his team when he's off the ice in all but two seasons of his career, and both of those were playing for possession-averse Toronto. Considering he's had that success playing without Sidney Crosby and Evgeni Malkin at even strength this postseason, the Sharks' defense will have their hands full attempting to slow down Kessel.

Has one of the quickest releases of any scorer in the game. Owns quick feet, explosive skating ability, and a howlitzer of a shot. A pure goal-scorer, he's elusive and can dangle really well. Also displays an underrated ability to distribute the puck and create plays for his linemates.

At times, he can fall into stickhandling trances. Overall, his play without the puck and defensive ability aren't great. Is somewhat of a high-maintenance superstar whose shy deposition doesn't mix very well with the media.* 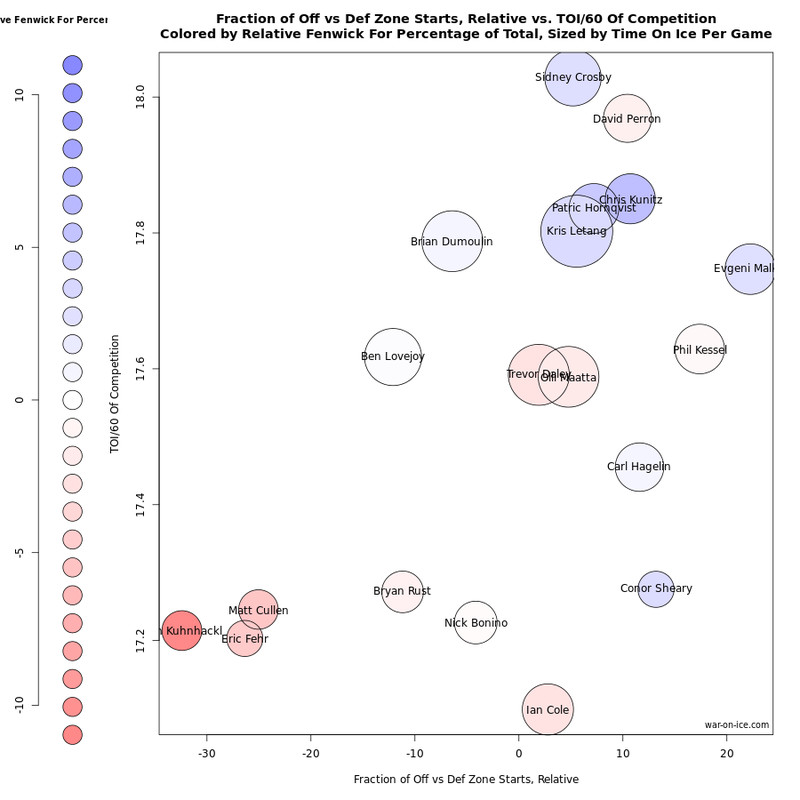